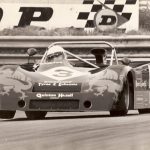 Digging back into our archives unearthed a photo of Chris Alford in a Lola T490 during the 1978 Sports 2000 series up against the likes of John Brindley, Syd Fox, John Trevelyan, Wayne Wainwright, Nick Adams, etc. The car can be seen here in both guises: one shot shows the car early in the season with the standard front mounted radiator, however these cars were so well designed that we had trouble getting any sort of temperature into the cooling system, so for the latter part of the season, my boss Rob Wells had the idea of converting the car to side radiators as can be seen by the second picture. Yours truly is attending to last minute mirror adjustments (nice flares!), Chris was a true perfectionist and everything had to be just fautless. The circuit I believe, was Oulton park which I remember was one of Chris’s favourite circuits, unfortunately I didn’t agree because it was a long haul from London to Oulton Park in a race transporter! 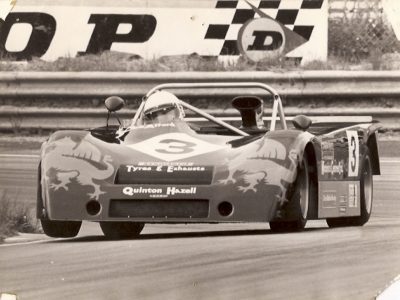 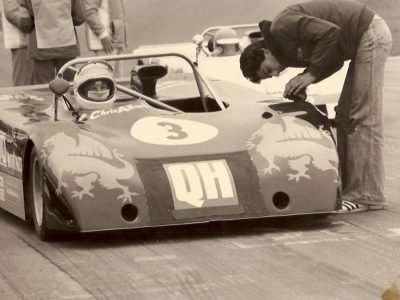