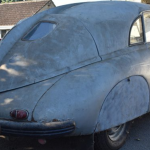 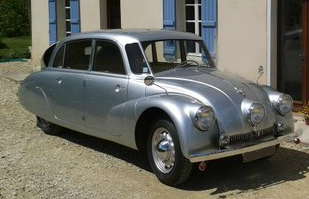 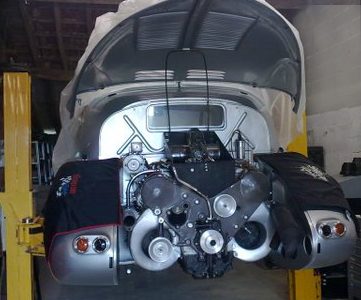 We were very fortunate to be able to work on a Tatra T87 on behalf of a client. This vehicle runs an air-cooled V8 engine mounted in the back as can be seen. A very futuristic looking car that gets noticed wherever it goes. Not often we see one coming up for auction, but Charterhouse Auctions have this 1950 600 for sale in November, needing work! See the photos at the end of the text or click on this link for further details of the Auction, TATRA 600 FOR SALE

Thanks to Classic Car Curation for this delve into the Tatra marque:

The Czechoslovakian Tatra 77, was designed by Hans Ledwinka then subsequently developed by Paul Jaray, the Zeppelin aerodynamic engineer. Aerodynamics were beginning to sound alarm bells, with designers being prompted to look towards efficiency and primarily reduce the ‘drag’ these beasts were having to battle against whilst trying to build speed up. In short a ‘breeze block’ had more wind break, which is why larger ‘aeroplaned’ sized engines were given the green light in some earlier designs. So, why not make this car less ‘breeze block’ and more curvy?

Easy for the well healed modern gentleman to say now, but spotting the odd wind tunnel when out and about in the 1930’s was more difficult than hens visiting the dentist. Nonetheless the Tatra’s new body shape was indeed given the luxury of having a gale force wind blown in it’s rather cute frog eyed face, which ultimately gave designers the much needed facts and figures to start tinkering with body shape and aerodynamic lines, now synonymous with this stunning looking car.

Power Plant – The V8 air-cooled power plant was eventually laid to rest just before and above the rear axle, giving the curved dinosaur more stability but also ruling out the need for a floor tunnel and prop or driveshaft delivering the power to wheels.  All clever stuff, with the exhaust residing comfortably at the rear of the vehicle whilst battery, spare wheel and oil cooler were located towards the bow of the Tatra.  Other mod-cons included a lightweight air-cooled V8, fully independent suspension, overhead valves and magnesium-alloyed transmission, suspension and body parts. The average drag coefficient of the Tatra 77 was apparently recorded as 0.2455, but those trendy goggles may have been slightly clouded with some stating this was relative to 1:5 model version of the car.

On close inspection this very innovative looking car had some quirky modern ideas, with the bumpers curving smartly around the very bold and ambitious looking wheel arches, sustaining a continuous eye catching look.  Bonnet and lower front skirt both caress the chromed lighting structures, sitting proudly within each water sealed body panel, yet still retaining that all-in-one splendor as they illuminate a truly spectacular classic.

Split windscreens were another feature present with three sections neatly joined. The middle viewing area gave decent vision for the driver, but did house the clever windscreen wiping system which saw one motor drive both arms linked by a delightful mechanism that wouldn’t look out of place even by today’s standards.  The left and right angled screen sections were angled quite sharply towards the port and starboard sides of the vehicle. 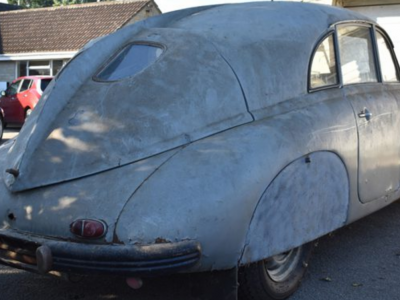 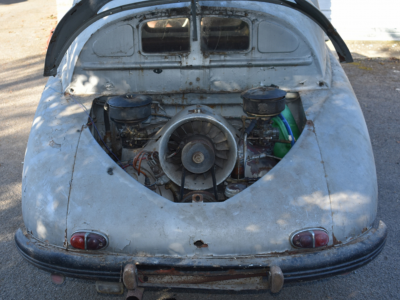 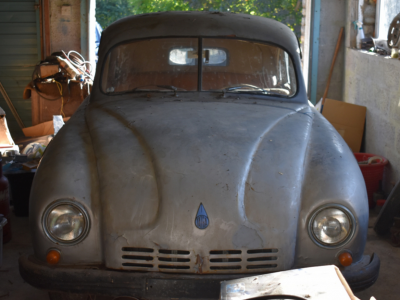 We use cookies to ensure that we give you the best experience on our website. By continuing to use this website, you agree to our use of cookies.OkRead more